Visiting the Saltwater City on Canada’s west coast can be a thrilling experience. With great food, culture and history it is sure to keep you entertained. One of the biggest benefits of travel can be viewing historic locations in person. Vancouver has no shortage of heritage marks, and they go far beyond any old crumbling buildings. According to Fun Lists, the city has created an interactive map of the 2,300 landmarks within the city that are currently registered. Included here are a few of the best heritage landmarks you should visit while in Vancouver. 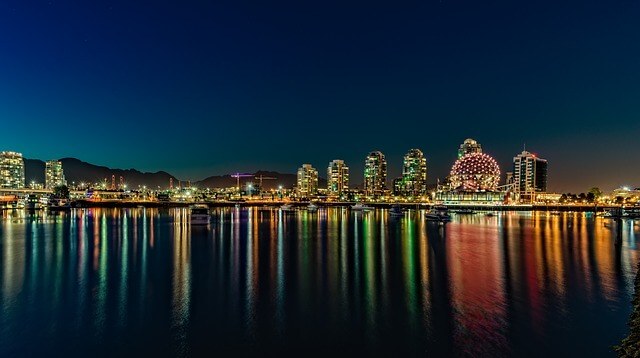 Vancouver is a rare city that has worked hard to preserve not only its historic buildings but also the landscape and plantings of historic areas like parks. The highest profile heritage parks in Vancouver include Stanley Park in downtown Vancouver and Queen Elizabeth Park.

If you would like to view the remains of a Coastal Salish Village with 3,000 year old artifacts, head down to the Marpole Midden National Historic Site of Canada. The second oldest park in the city is Clark Park which is located near Stanley Park. For a modernized heritage site, visit MacDonald park which is complete with tennis courts, playgrounds and tree lined pathways.

One classic heritage site in Vancouver is the Vogue Theatre designed to house live theatre as well as cinema. The Heritage Hall is a revamped historical site that was previously an ornate post station but now houses a community and social services center.

If you are a movie buff, you may want to head to one of the biggest film shooting locations in Vancouver. The Lord Byng Secondary School is still operating since its opening in 1925. Big box hits that have been filmed there include: Pretty Little Liars, Mr. Young, Saving Silverman, X-Men Origins: Wolverine, and the television program 21 Jump Street.

The Hastings Mill Store on Alma Street is known as Vancouver’s oldest building. Originally an old pioneer store, the building was constructed in 1837 with cedar plank. It has lived previous lives as a library, community center and post office. It was relocated to its current location in 1930.

There are many beautiful historic homes in Vancouver that can be viewed from the street or with arranged tours. One of the most popular was built by Brenton T. Lea, designed by Ross Anthony Lort, and is known as “The Hobbit House” or “Lea House”. Another home designed by the renowned architect Lort is a Spanish Colonial Revival House known as “Casa Mia.”

For a flashback to 1910, visit the Edwardian Style House on Dundas Street. This incredible home was constructed with local timber. A few of the home’s unique features include diamond-shaped windows, an upstairs sleeping porch and the classic brick wood-burning fireplace.

Tips for Getting Started for Gaming

The Upsides and Downsides of Mainstreaming

How To Combine Blogging With Your Job